FROM: UNIVERSITY OF ARKANSAS 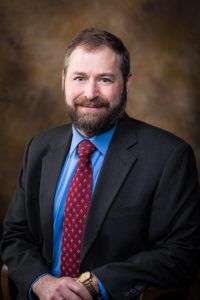 January 31, 2018 (Fayetteville, AR) – A new report written by University of Arkansas professor Patrick Wolf and published by the Institute of Education Sciences in the U.S. Department of Education describes the closing of the special education gap between charter schools and traditional schools in Louisiana.

Wolf, who holds the Twenty-First Century Chair in School Choice and the rank of Distinguished Professor, directs the School Choice Demonstration Project in the Department of Education Reform. His team has been researching school choice programs in Louisiana for several years. He conducted the study described in the new report, “Special Education Enrollment and Classification in Louisiana Charter Schools and Traditional Schools,” as part of the U.S. Department of Education’s Southwest Regional Education Lab.

After Hurricane Katrina in 2005, the public school system in New Orleans, already one of the lowest performing in the United States, was reorganized and most schools became charter schools, the report said. Charters also expanded in Baton Rouge, Jefferson, and Ouachita education regions of the state. Public charter schools operate outside the traditional public school district system according to provisions of their organizational charter, giving them the flexibility to innovate in both their features and operation.

Shannon Lasserre-Cortez of the American Institutes for Research co-authored the report, which is available online. Last month, Wolf and Lasserre-Cortez wrote a report describing possible best practices for charter schools based on the research conducted in New Orleans.