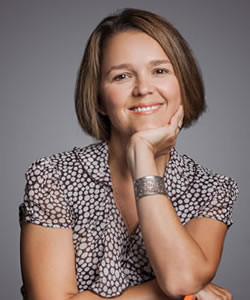 The A. B. Freeman School of Business at Tulane University will honor real estate developers Chris Papamichael (BSM ’96) and Matt Schwartz (BSM ’99) as Tulane Distinguished Entrepreneurs of the Year and educator Caroline Roemer as Tulane Outstanding Social Entrepreneur of the Year at the 2016 Albert Lepage Center for Entrepreneurship and Innovation Awards Gala on Friday, April 15, at the Audubon Tea Room in New Orleans.

Papamichael and Schwartz are co-founders and principals of the Domain Cos., a real estate development, investment and management firm headquartered in New Orleans and New York. The company specializes in large-scale community development with a focus on mixed-use, mixed-income properties. In New Orleans, Domain Cos. developed several large mixed-income residential and retail projects along Tulane Avenue, the newly opened South Market District complex and the new Ace Hotel downtown.

Caroline Roemer is executive director of the Louisiana Association of Public Charter Schools (LAPCS), the only statewide association that supports, promotes and advocates for the charter movement in Louisiana. Since joining LAPCS 2007 as its first executive director, she has led the organization from a membership of zero schools to one that currently represents more than 90 percent of the 134 charter schools in Louisiana.

“Caroline returned to New Orleans after Hurricane Katrina to use her business skills to help rebuild the state’s failing educational system,” said Freeman School Dean Ira Solomon. “Chris and Matt began their careers in New York but also returned to New Orleans, both for their love of the city and their belief in the power of mixed-income, mixed use developments to enact positive and lasting social, economic and physical change. All three embody the entrepreneurial spirit we strive to instill in our students, so it gives me great pleasure to honor these outstanding business people with our 2016 Entrepreneur of the Year awards.”