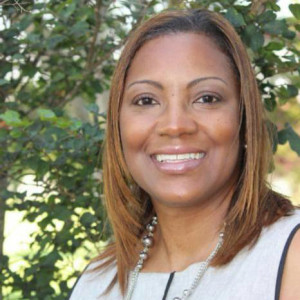 A New Orleans native, Lewis-Carter has led Behrman in Algiers since 2005, opening the school just after Hurricane Katrina. Since then, Behrman has consistently been one of the highest performing open-enrollment charter schools in New Orleans. Behrman is part of the Algiers Charter School Association.

“My success as a principal, my non-negotiables for students’ success, and my advice to others in the field are rooted in my uncompromised focus on student achievement,” said Lewis-Carter.

More specifically, Lewis-Carter said five key practices were critical to this focus, including:

With Lewis-Carter at the helm, Behrman has seen impressive results in student academic performance. In 2013-2014, the school earned a solid “B” grade from the Louisiana Department of Education, with a higher percentage of its students on or above grade level compared to state and district averages. Proficiency levels for for their 4th and 8th grade students in all four LEAP subjects hovered between 80 to 90 percent; the school serves a student body that is mostly African American, with 95 percent of their students eligible for free & reduced lunch.

“A transformational leader is one who deeply believes that all children can learn and that all children deserve the life changing privilege of learning from a team of highly motivated teachers who care about them as scholars and citizens,” said Lewis-Carter. “This belief energizes me to create a school environment that nurtures, supports, and challenges all who enter Martin Behrman Charter School Academy of Creative Arts and Sciences.”

Congratulations to Rene’ Lewis-Carter and the Martin Behrman Charter School community for this well-deserved recognition!