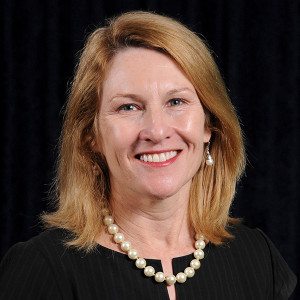 Why did you choose to serve on your school’s board?
I am a firm believer in the value of public education, so I jumped at the chance to be a part of the educational reform movement in New Orleans after Hurricane Katrina. I have served on three charter school boards, but I have a special connection to Ben Franklin as I first became involved in Franklin as a charter in the aftermath of Katrina when my son was a freshman there. Franklin has always been a great school, but I believe that, as a charter, Franklin has room to grow and improve in ways that would not otherwise have been possible. Despite some difficult times along the way, Franklin has maintained its place as the top school in the state. As a charter, I believe that Franklin has the potential to be one of the top public schools in the nation. I feel truly honored to serve on the board of an institution that places such a high value on academic excellence, creativity and individuality.

How did you become involved with your school?
In all honesty, my initial involvement was as a Franklin mom and colleague of UNO Chancellor Tim Ryan and College of Ed Dean James Meza, both of whom served as founding members of the Franklin board. With their support, UNO played an important role in the early days of the Franklin charter, and there continues to be a special relationship between the two institutions. I first became a member of the board as the UNO representative in 2008, and have served since then. During that time, I have also served on the boards of the New Beginnings Charter School Network and Homer A. Plessy Community School. My work on all three charter school boards has been extremely interesting and rewarding.

What leadership roles have you held while serving on the board?
During the 2014-2015 academic year, I served as a member of the strategic planning committee and participated in the negotiation of a collective bargaining agreement with the union selected to represent the Franklin faculty. I have also served as chair of the board’s academic committee.