Message from the Executive Director: April 2017 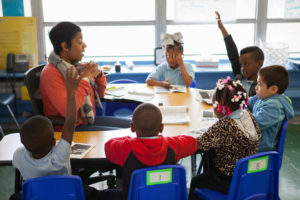 It’s hard to believe that LAPCS will be engaging in our tenth legislative session this year. Time flies when you’re having fun! I keep thinking with each session that “next year will be easier,” but we keep battling the same voices and the same issues each year. While this session is a shorter fiscal session, it seems to be following suit with a handful of bills with bad intentions as it relates to charter schools, including forcing schools into the state’s retirement system and placing a moratorium on charter authorizing statewide. Not to mention we’re in the middle of a lawsuit headed to the Supreme Court questioning if certain charter schools are public schools or not. With that being said, I’m inviting you to go on a road trip to Baton Rouge with me in May to defend against these attacks for Charter Schools Week at the Capitol on May 9-11, 2017.