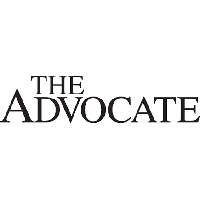 Top officials of the state Department of Education said Thursday they are encouraged by the federal response to the state’s plan for revamping public schools in Louisiana.

The proposal, which was submitted on April 15, is required under the federal Every Student Succeeds Act.

The state got a nine-page letter from the U.S. Department of Education on June 30 seeking clarifications on a variety of topics.

Jessica Baghian, a top official of the state Department of Education, said many of the questions were “pretty nitty gritty” and similar to those sent to other states.

“Basically we take the letter as a good sign,” Baghian told the 23-member Superintendents’ Advisory Council.

Baghian is assistant superintendent for assessments and accountability.

The changes, including new rules in how public school letter grades are calculated, are set to take effect for the 2017-18 school year.

The proposal sparked months of arguments, including disputes between state Superintendent of Education John White and allies of Gov. John Bel Edwards on when to submit the plan, reduced testing and changes in how public school teachers are evaluated.

The state expects a final decision on the proposal from federal officials by mid August, which is when most public schools start the new academic year.

“We have received the feedback we are going to receive from the feds,” White told local superintendents.

The federal law is aimed at boosting student achievement and aiding students from low-income families and those with disabilities.

The state Board of Elementary and Secondary Education approved the plan in March despite calls by Edwards and others to delay the submission until September.

A total of 17 states submitted their proposals to federal officials in April.

Most of the federal feedback focused on clarifications as well as changes in how some topics are categorized, including annual academic growth and how science and social studies are put in Louisiana’s accountability system. Federal officials also sought information on how federal programs are managed by state officials for delinquent, migratory and homeless students. The state’s response will be filed by July 17, which federal officials said is needed to keep to a mid-August decision.

Baghian said school principals can be assured that previous policies will remain in place.

“None of this does anything to change the formula they have been studying for the past six months,” she said.

The issue is expected to spark new controversy in August when BESE debates rules and regulations to implement revamped public school policies.

Tagged with: BESE, Board of Elementary and Secondary Education, ESSA, John White, LDOE, The Advocate, Will Sentell