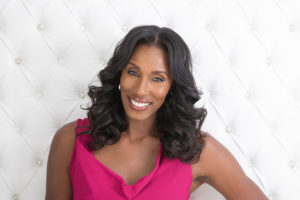 Lisa Leslie, the three-time WNBA MVP and four-time Olympic Gold Medalist, will be a keynote speaker at the 9th annual Louisiana Charter Schools Conference in New Orleans. Leslie, who has continued her career off the court as an author and TV sports commentator and host, will speak to the importance of leading together to ensure families have access to the best educational options for their children.

“In addition to being a legendary athlete, Lisa Leslie is a strong supporter of school choice and charter schools, and we are thrilled to have her speak to the Louisiana charter school community at our upcoming conference,” said Caroline Roemer, executive director of LAPCS.

One of the most recognized and dominant players in the history of the WNBA, Leslie was the first WNBA player to win the regular season MVP, the All-Star Game MVP and the playoff MVP in the same season in 2001. That same year, she also led her team, the Los Angeles Sparks, to their first WNBA Championship. Currently, Leslie is an in-studio sports analyst for ABC, Turner, and CBS Sports Network, and a co-host of the award-winning CBS Sports Network show, “We Need to Talk.” She is the author of Don’t Let the Lipstick Fool You and the forthcoming From the Court to the Boardroom, set to hit stands in 2017.

Registration is currently open for the Louisiana Charter Schools Conference, which will be held on Tuesday, December 13, 2016 at the Hyatt Regency New Orleans. The Conference brings together hundreds of charter school educators, leaders, and supporters from across Louisiana and beyond for a full day of learning and networking. For more information and to register, visit lacharterschools.org/conference.