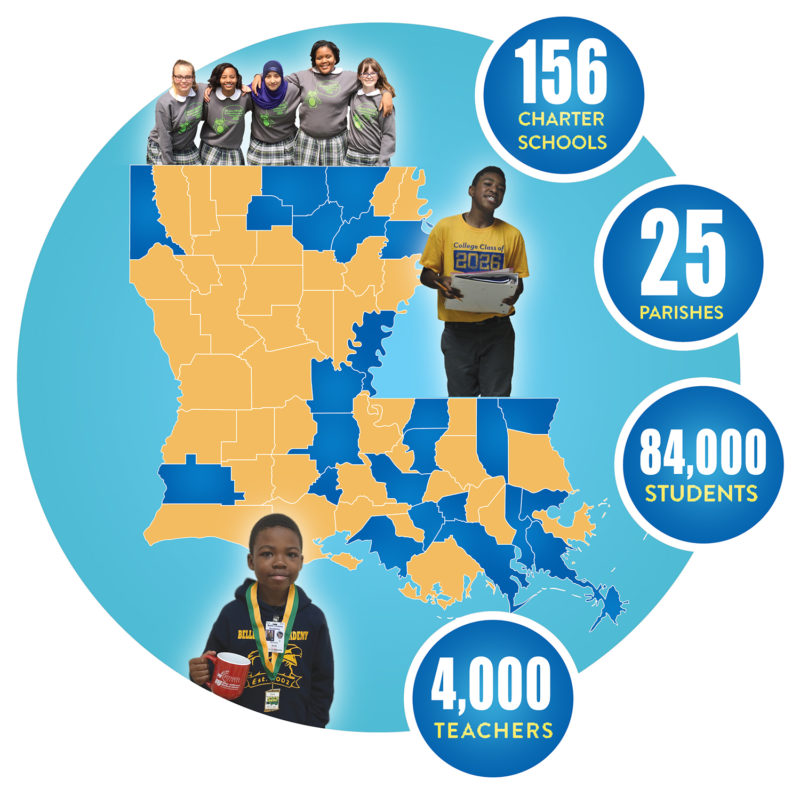 Charter schools are tuition-free public schools of choice that are independently run by a nonprofit community board and authorized by an elected board, either a local school board or the state board of elementary and secondary education. Charter schools are different from traditional district schools in three ways: 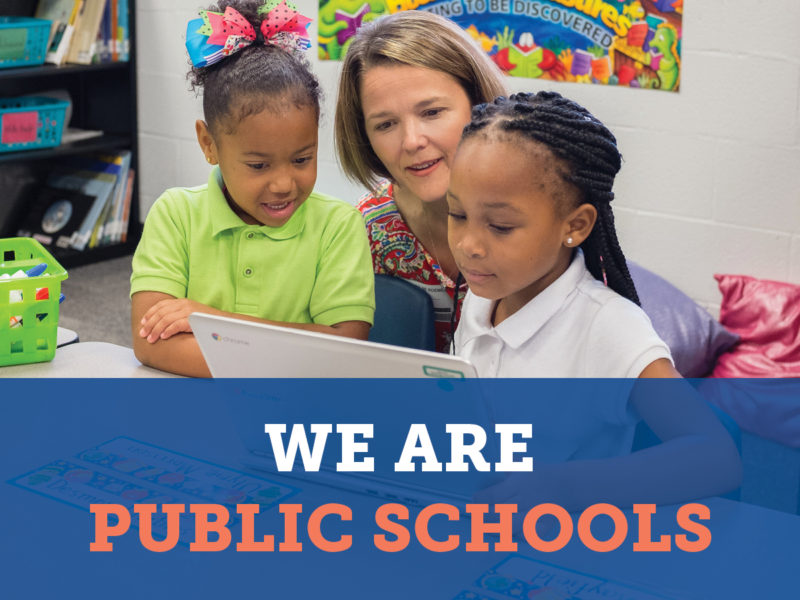 Who Attends Charters in Louisiana?

Charter school students have similar demographic characteristics to students in all public schools in Louisiana, but charter schools serve a larger percentage of economically disadvantaged students and black students.*

*Data is based on 2015 student enrollment counts from the Louisiana Department of Education.

There are seven types of charter schools in Louisiana:

Charter schools, as public schools, receive their funding via the Minimum Foundation program, the method by which the state equitably distributes public funds to all K-12 public school programs on a per-pupil basis.

How Charter Schools Are Held Accountable

History of Charter Schools in Louisiana

Louisiana’s Charter School Law was originally enacted in 1995 (Act 192) as a pilot program allowing up to eight school districts to volunteer to participate. These districts could either grant charters to eligible groups or apply to the State Board of Elementary and Secondary Education (BESE) to operate a charter school themselves.

The law was substantially revised in 1997 (Act 477) to allow all school districts to participate, but the number of charter schools statewide was capped at 42. The 1997 act also allowed an “appeals-type” procedure under which an eligible group could submit its charter proposal directly to BESE if a local school board failed to approve it or if the local school board placed conditions on the approval of the charter which were unacceptable to the group.

In 2003, a constitutional amendment (Act 1293) and four bills (Act 9, Act 260, Act 381 and Act 944) impacted the operation of charter schools. The constitutional amendment authorized the State Board of Elementary and Secondary Education to take over failing public schools or provide for others to do so; it also authorized BESE to receive, control and spend the state and local per pupil share of the Minimum Foundation Program (MFP) for those schools. Companion legislation (Act 9) spelled out the procedure BESE is to follow to implement the provisions of the constitutional amendment; created a new “Type 5” category of charter schools as one option BESE has for providing for the operation of a failing public school it takes over; and includes special provisions for the creation and operation of Type 5 charter schools.

In March 2018, the Louisiana Supreme Court ruled that Louisiana charter schools are public schools and should be state funded. The 5-2 ruling was a major victory after a lengthy court battle which started in 2014. The suit was filed by one of the state’s two major teachers unions, the Louisiana Association of Educators and the Iberville Parish School District. In their opinion Justices ruled that state-authorized charter schools are entitled to public funding under the state’s constitution and recognized their status as public schools. The decision averted the shutdown of 42 Type 2 public charter schools and protected school choice for 18,000 students and their families.

In the ruling, Justice James Genovese wrote, “Because there is a presumption that the legislature acts within its constitutional authority, we must construe legislative instruments so as to uphold constitutionality when it is reasonable to do so.” Later, he deferred to the legislature, writing, “While there is no definition of public elementary and secondary schools in the constitution, our legislature has expressed that charter schools are independent public schools.”

The Supreme Court’s decision, expected to be the final say, was being watched by charter supporters nationally. The conclusion of the court case comes after a decade of work by LAPCS in shaping Louisiana’s charter school laws, which rank as among the best in the country.